Warning: Creating default object from empty value in /homepages/38/d502733047/htdocs/blog/wp-content/themes/Avada/includes/avadaredux/avadaredux-framework/AvadaReduxCore/inc/class.avadaredux_filesystem.php on line 29
 A farm in a container - easyPonic 
Warning: A non-numeric value encountered in /homepages/38/d502733047/htdocs/blog/wp-content/themes/Avada/includes/dynamic_css.php on line 6627

A farm in a container

A farm in a container

We have been to Boston! We went to show Nanny and to learn. We did plenty of both, but also had time to meet the guy who runs Corner Stalk.

We bumped into his hydroponic lettuces in the Boston Public Market. Shawn and his wife Connie Cooney are entrepreneurs. In 2013 they decided to become farmers; now they grow gourmet greens in freight containers and sell them in the market as a premium product. We started chatting with Shawn about hydroponics and he kindly invited us to visit his indoors farm. 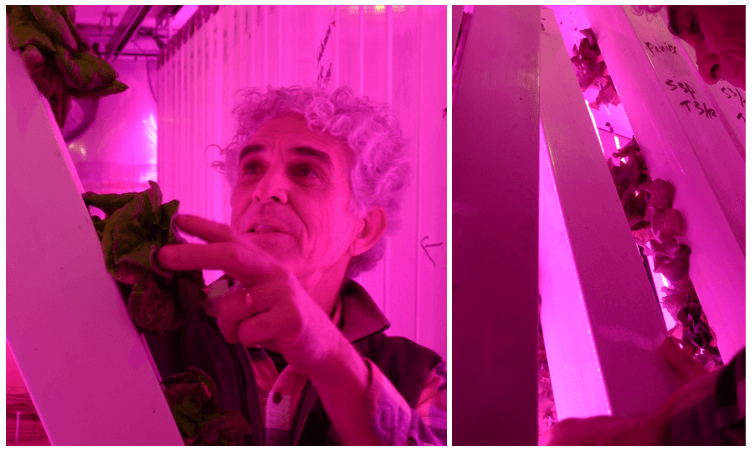 Shawn shows us the growing vertical tubes. Everything is tinted by the LED lights.

Before being able to install the farm on urban space, Shawn and other neighbours had to campaign to change the Boston normative which did not allow the activity at that time. Eventually they succeeded and the City of Boston approved the article 89, allowing commercial farming activities within the city. For me this kind of commitment is what makes a real entrepreneur. The story also highlights something I admire of the american culture: the associationism. Several people get together, fight for things that matter to them, and they accomplish changes. We are so far from that in democratic Europe! The article 89 in itself is an example to look into for cities in the process of legislating on urban agriculture.

Let’s get back to the farm! It is located in East Boston, which means that the food travels about 2 miles from the farm to the point of sale. It is contained in, well, 4 containers. Within each of the second hand containers there is a paradise for leafy greens: the perfect climate, nutrients, blue-red light… It produces several hundreds lettuces and herbs per month.

The containers were built by Freight Farms, a business I follow since some time ago. I liked their design. It is very functional with two parts: the nursery and the growth area. The nursery is just big enough to keep the growing zone fed of young lettuces. It consists of two rows of trays over a bath of nutrient solution. The trays let the tip of the germinating sponge just into the water. 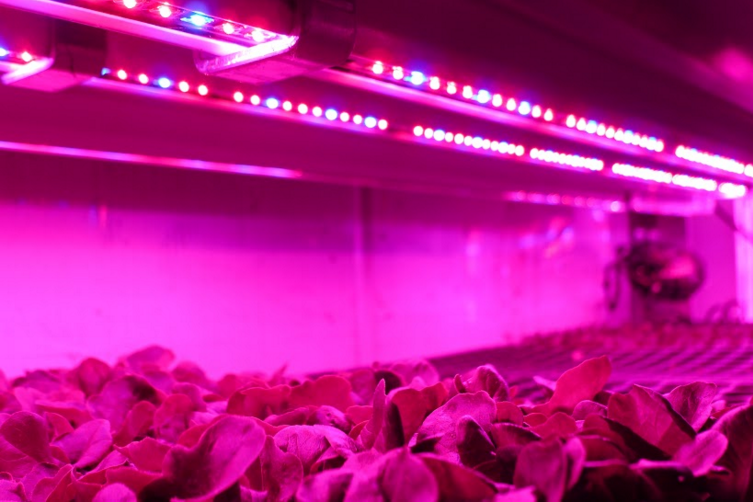 After two weeks in the nursery, the lettuces are transplanted to the growth area. This part is bigger. There are four rows of vertical square tubes (made by ZipGrow), watered with sprinklers from above. The drainage is recycled and the plants grow to the light of blue and red LED strips. After another 2 or 3 weeks, the lettuces are ready for the market.

This is the growth area. The piping system could use a redesign.

Here every type of lettuce is produced. But the most demanded are premium varieties, which are harvested when they are medium sized, because they are more tender and taste better. Some herbs like basil are also grown here. Shawn told us that the business is going well, and that many of his clients become regulars, even asking for better greens at restaurants. The farm is producing at 80% capacity now and so there is space for some “experiments”; we saw beans and something else that looked like a small jungle. It proves it again: hydroponics work. 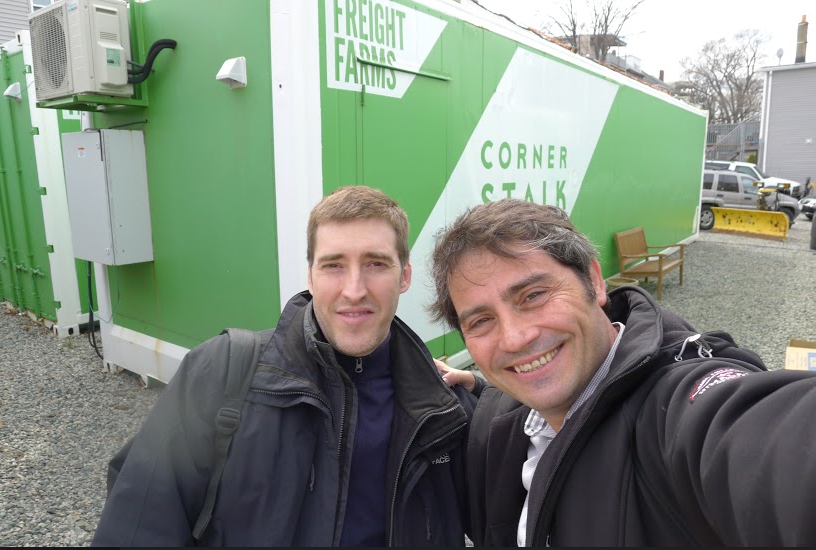 Shawn, it was a pleasure to visit your farm. Best wishes!